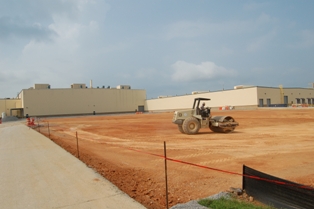 LINCOLN, Ala.—Honda Manufacturing of Alabama, LLC, (HMA) today announced plans for a $40 million expansion of its engine facility that will add 20 new jobs and additional casting of engine components for Honda V6 engines that power the Honda Odyssey and the Honda Pilot.

“Our Alabama facility continues to play a strong role in Honda’s North American engine and vehicle manufacturing operations. This new investment will further advance the production capabilities of our associates,” said Takashi Yamamoto, HMA president and CEO. “The dedication and commitment of our associates to build quality products for our customers allows us to build upon our established manufacturing operations and has made this expansion possible.”

HMA’s new investment comes as the company completes an earlier $70 million expansion of its machining operation. That expansion added 100 jobs and capabilities for machining engine crankshafts and connecting rods. Those operations will both be on-line before the end of the year.

HMA is the sole production source of the Odyssey minivan and shares production responsibility for the Honda Pilot sport utility vehicle with Honda of Canada Manufacturing in Alliston, Ontario.